Last weekend, while I was home visiting my family, I unearthed a gold mine in my old closet: folders full of my illustrated stories from elementary school!!! Genres covered: comics, ghost stories, who done its, royal intrigue, historical fiction, myths, and modern retellings of classic fairy tales. I also found some brilliant reporting covering plays and computer room news, as well as editorial illustrations, for the school paper.

I thought these were lost forever. It is a great joy that they have been found. Here is a selection I’d like to share with you. 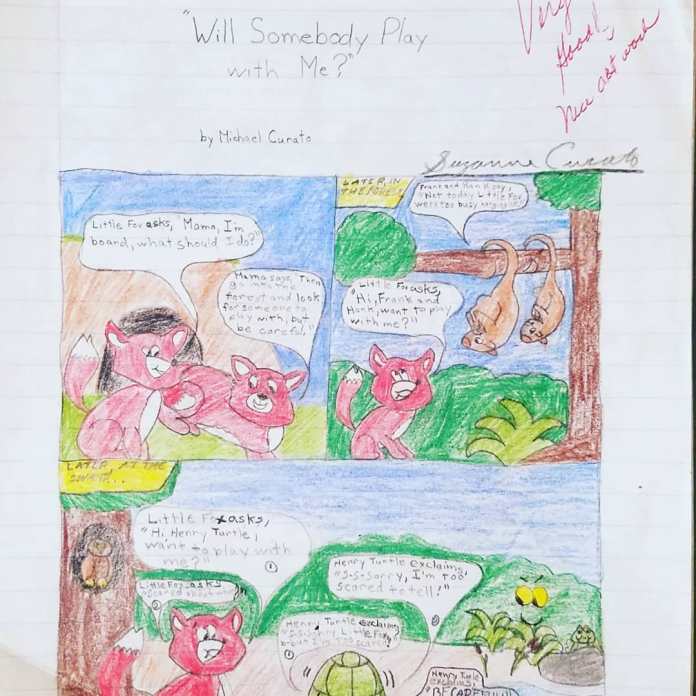 “Will Somebody Play with Me?” This is a comic about a naive fox who goes looking for a friend to play with, only to fall in with a conniving snake. He’s rescued by my good friend, Ricky Raccoon, who you may know from What’s Your Favorite Color! 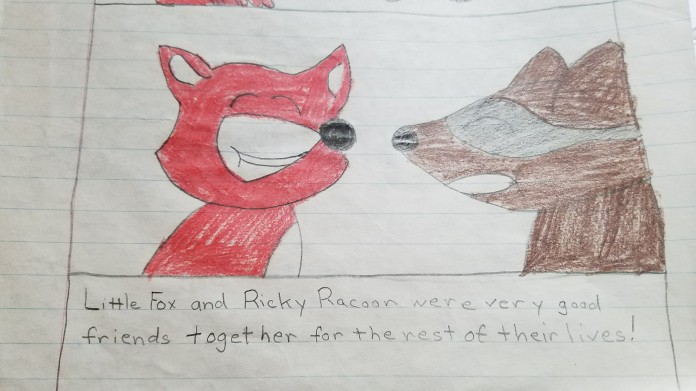 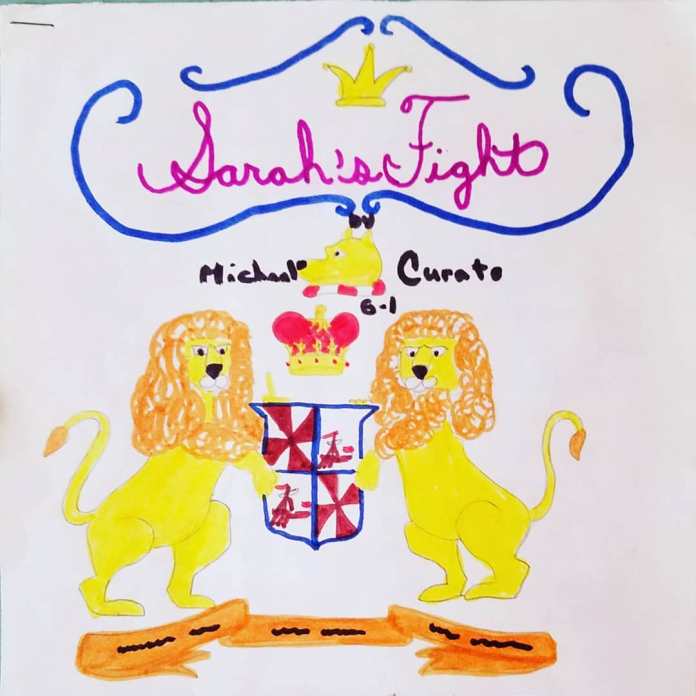 “Sarah’s Fight” Princess Sarah’s insane murderous uncle won’t kill the King and take over the kingdom on her watch! But, at what cost!?!?!? 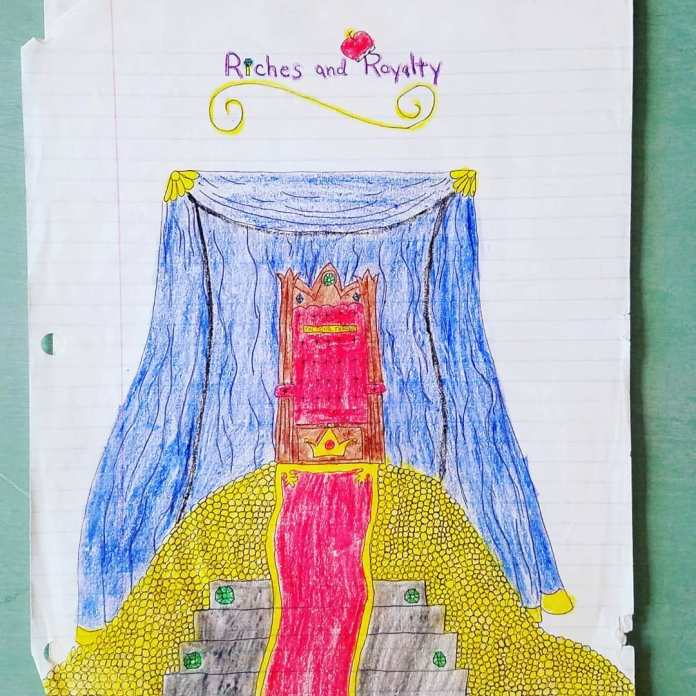 “Riches and Royalty” Did you know that, in England, the aristocracy can literally be at war with each other? I forgot, until I read this! Twist: The American reporter who goes to cover the story discovers that she’s the long lost Princess of Lacen! Wherever that is! 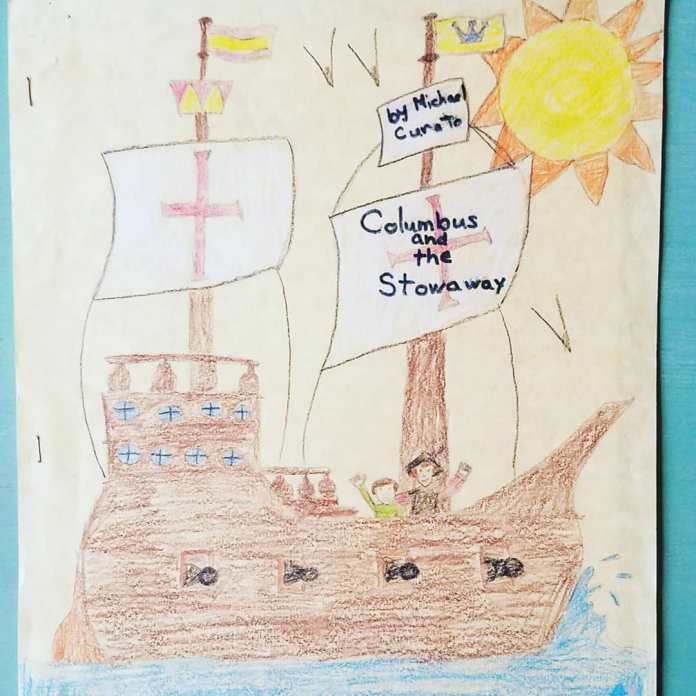 “Columbus and the Stowaway” A charming story starring everyone’s favorite benevolent instigator of mass genocide, Columbus, and the pick pocket who would save his life and become his adopted son (and somehow, later on, an English lord). 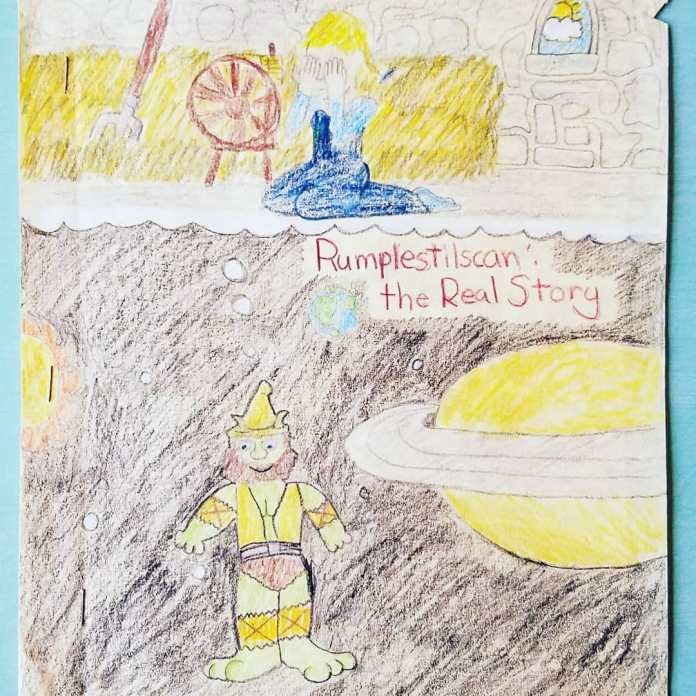 “Rumplestiltskin: The Real Story” Inspired by Jon Scieszka & Lane Smith’s The True Story of the 3 Little Pigs, Rumplestiltskin is an innocent good Samaritan who comes to the aide of an ungrateful girl destined to become Queen. Spoiler alert: he ends up in space. 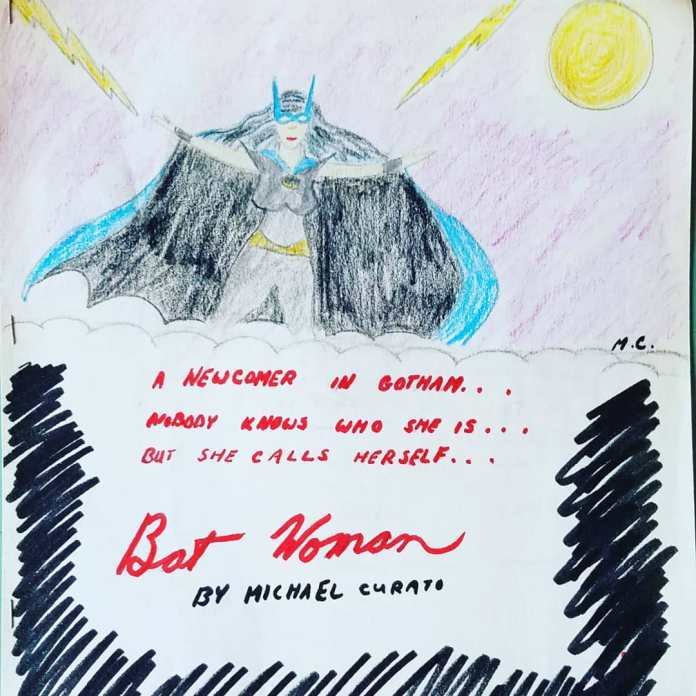 “Bat Woman” I tried my hand at rewriting a DC classic, and I gotta say, I nailed it. As in, Lee press-on nailed it. Favorite line: “THAT SHOULD TEACH YOU NEVER MAKE FUN OF A GIRL, ESPECIALLY ONE THAT’S A CRIMEFIGHTER!” 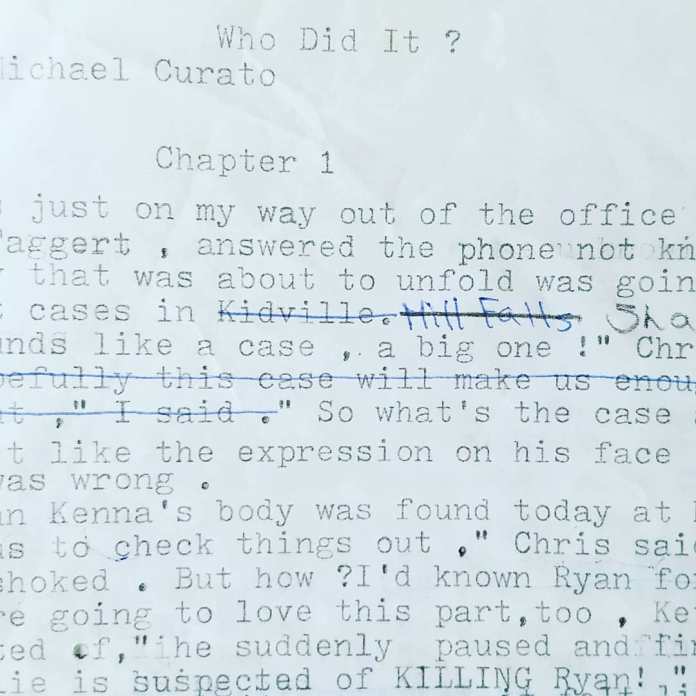 “Who Did It?” I used to watch a lot of “Murder, She Wrote,” which bears out in this murder mystery featuring my 6th grade classmates. The detectives don’t really do so much sleuthing as just knowing all the right people who tip them off. 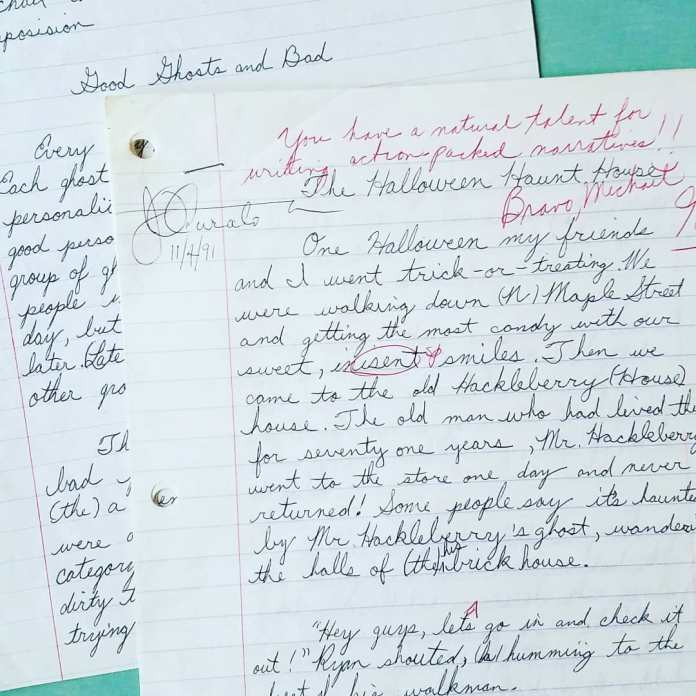 “The Halloween Haunt House” in which a group of friends go into that spooky looking house on the block on Halloween, and an essay on the distinction between good and bad ghosts. “Before you go to bed tonight, think of all the ghosts watching you!” Umm, no thanks!!! 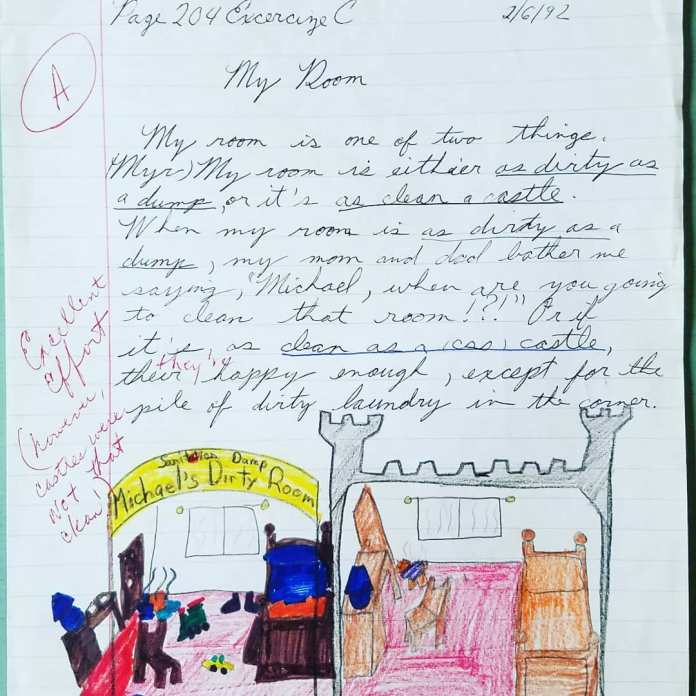 An essay about “My Room” and the cycle of life. Bonus points to my English teacher for the educational side note. 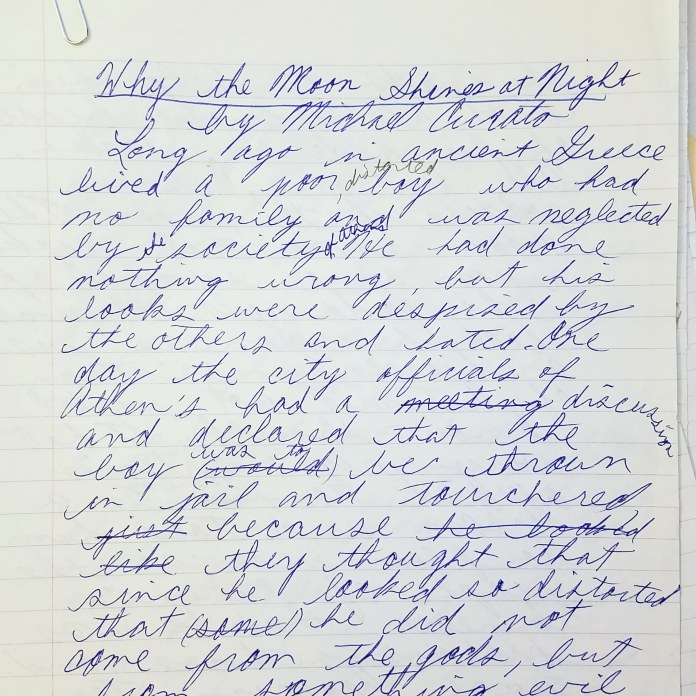 “Why the Moon Shines at Night” This is actually quite touching. It’s a myth about an ugly boy that everyone hates. When they try to kill him, Artemis takes pity on him, makes a stairway to the heavens, and lights the moon to guide him to safety.